Return to BI without Regret: Apache Kylin Enters the Field

Kylin development was an antidote to ever-slower pre-calculation processing, the result of increasingly larger datasets. Many business and data science users wanted faster processing speeds but wanted to keep their favorite tools, such as Tableau and Excel.[2]

Kylin cuts slow pre-processing tasks by using the Cube Build Engine offline process, which changes relational data to key-value data. These changes are made by elements of the Hadoop ecosystem. Kylin:

Kylin is a powerful tool used for multi-dimensional data analysis and reporting. Its SQL interface and multi-dimensional analysis (OLAP) on Hadoop supports extremely large datasets. Users are starting to use Kylin for near-real-time data streaming, storage and analytics.

The following are descriptions of all of the components the Kylin platform includes.

Kylin is successfully deployed and used in several enterprise businesses, most notably at eBay. When Kylin was open-sourced in 2014, business users and data specialists used it in production use cases such as web traffic analysis and geographical expansion analysis.

What Kylin Can Do for Your IT Operations

If your organization takes the leap to Apache Kylin, expect these advantages:

For more information about Apache Kylin and how it can help your organization up its BDA game, contact us today at 1-877-796-8355 or at Shikha.Kashyap@syntelli.com 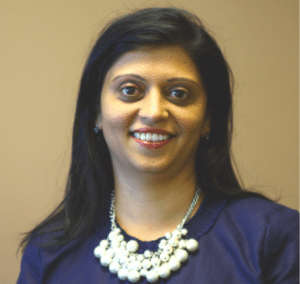 Shikha Kashyap
Chief Technology Officer
About Shikha: Shikha is a tech leader with deep expertise in emerging technologies such as Big Data analytics using MapR, Hortonworks, Tableau, and Spotfire. Her experience includes working with Fortune 500 companies, implementing solution design, architecting, and project managing. Shikha leads Technology for Syntelli and is passionate about non-profit causes and giving back to the community.

How does a company successfully send a message to all of its customers and target audience? Find out the behind-the-scenes action and discover how #data challenges are overcome. #Healthcare
https://buff.ly/363s3Y1

What do #analytics and elementary education have in common? Discover how #AI and #predictive analytics can be used to create inclusive and effective #education.
https://buff.ly/3chKBXU