Curious to know what’s it like to work at Syntelli? Read below about the experience from one of our summer interns, Joshua Dulin.

This summer I interned at Syntelli Solutions Inc. When I started I knew almost nothing about programming and Big Data. But, over the course of the internship, I slowly learned various programming languages, their applications, and what Big Data is.

At the start of the internship Mario Carloni, an analytics consultant at Syntelli, provided me with multiple websites that helped in my learning of R. One of these was a package for R called Swirl, which was an internal tutorial that was very helpful in my understanding of R, and programming in general. Mario also gave me a template code on how to use the Twitter API with R and how to perform a Sentiment Analysis on tweets. At first it was a lot to take in, but I slowly worked through the template and taught myself what each line of code meant and even added my own lines to fix any errors that occurred when I tried to run it. I eventually got it working, just in time for the Tampa Bay Lightning vs. the Chicago Blackhawks hockey game.

I was given the task of collecting tweets about the game and then running them through my newly created Sentiment Analysis Program.  I started my tweet collection program an hour before the game and left it running for four hours, collecting over 80,000 tweets. The next morning I ran the tweets through the Sentiment Analysis program, analyzing which team the tweet was referring to and whether it was a positive or a negative tweet based on the language and word use. This was my favorite part of the internship because it showed me the power behind programming languages. 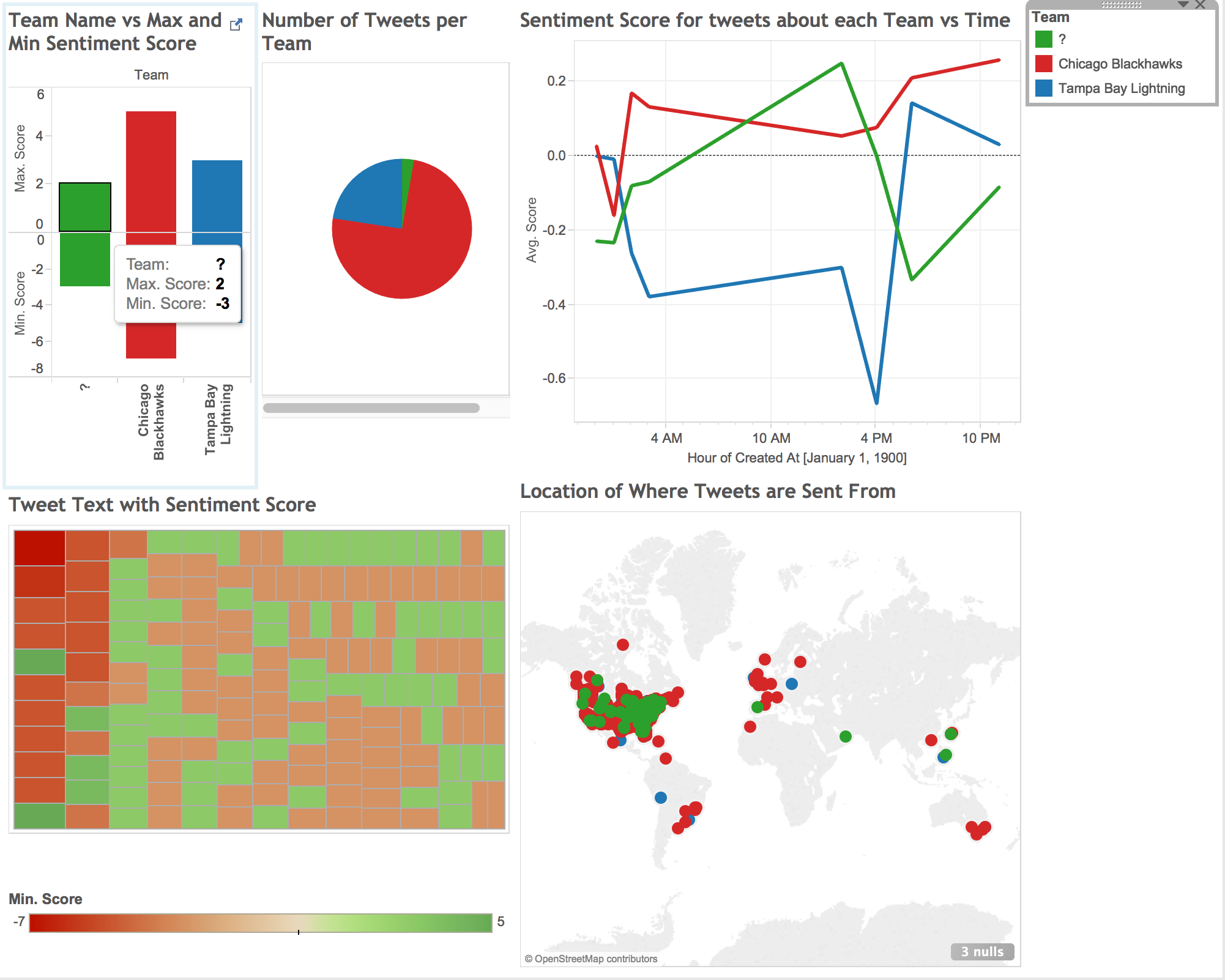 I was able to analyze over 80,000 tweets in less than 5 minutes with a program that, for the most part, I had written myself.  I converted the tweet data into a .csv format and then uploaded it into Tableau. This was my first time using Tableau and it was pretty amazing. I created all sorts of graphs and charts to display my data. I was even able to create a map of the United States and then use the geographic coordinates provided by twitter to see where each tweet was created.

Working at Syntelli was a very interesting and valuable experience for me. I was able to learn much more than I anticipated and I will most definitely use some of this knowledge as I start my career as a Chemical Engineer.

Want to learn more about Syntelli and how it can help solve your big data problems? Contact us today!